How to Throw an Ugly Christmas Sweater Party

How to Throw an Ugly Christmas Sweater Party

The most important thing to remember when you’re preparing to throw an ugly Christmas sweater party is this: It’s only worth it if you’re having fun. Getting everything “Pinterest Perfect” isn’t the goal. You want people to show up, have a blast, and still be talking about the party months afterward. With that in mind, here are some ideas for how to get things on the right track!

Folks who won’t leave the house without being dressed to the nines aren’t going to get into the spirit of the event. Neither will people who have zero sense of humor. At the same time, you don’t need a bunch of rebels who won’t follow the directions (e.g., they won’t bother to wear a funny Christmas sweater). Instead, you want to fill your invite list with chill guys and gals who enjoy a casual atmosphere and are willing to join in the fun. Just in case someone decides to show up without honoring the dress code, you’ll want to have a box of spare ugly sweaters by the door. If they want in, they’ll have to put one on!

Decide on the Purpose

If you’re throwing an ugly Christmas sweater party just for a few family and friends, it’s not cool to charge anything. But if you’re putting on big bash for the community, a club or group you belong to, or some other organization, it’s possible to throw a party as a fundraiser. After all, nothing puts people in the mood to give like a combination of holiday cheer and laughter! Decide whether to sell tickets in advance, hold a raffle, or simply pass the Santa hat to collect money for your chosen cause.

The theme is ugly Christmas sweaters for men and women, so the space where the party happens should be decorated with the most over-the-top stuff you can find. It’s best to plan in advance, and scoop up loads of Christmas décor when it’s on sale over the summer. But tacky homemade decorations will work just as well. Don’t feel like you’re restricted to traditional Xmas items. Pink flamingos wearing garlands will mix things up.

The only thing more important than the clothing at an ugly Christmas sweater party, is the food (and drinks). This is not the kind of event where you want to waste time and effort on fancy hors d’oeuvres. Offer tasty finger foods in large quantities. Throw in a sandwich tray and plenty of cookies for people, to help soak up their holiday cheer. Green and red Jell-O shots are the obvious choice for adult beverages, but don’t forget the hot apple cider and cocoa.

Karaoke and dancing are only fun if most of the guests will participate instead of just standing around watching. It’s a good idea to have a mix of activities, so everyone can join in with what they think looks fun. A “Make your own funny Christmas T-shirt” table, a photo booth with some fun holiday props, and an ugly gift exchange are all good options. Games of chance like raffles and games of skill like ornament races will attract different people. And of course, it wouldn’t be complete without an ugly sweater contest. Make sure the prizes are great—a holiday flask, fanny pack, or toboggan are inexpensive, but awesome options. 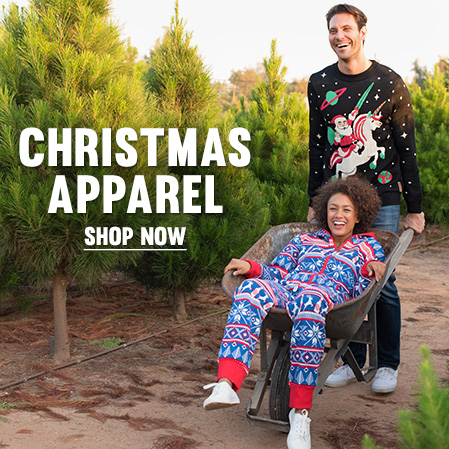